What is the most generous assumption I can make?
(and still acknowledge my feelings)

There is a fabulous book called “The Four Agreements” by Don Miguel Rusiz ( If you haven’t read it, do so!) It’s basically stating that if you follow the “four agreements”, you will have less conflict in your life.

One of the agreements that has always stuck with me is “Make No Assumptions”.

It seems virtually impossible for me to follow that agreement. And I think, we often HAVE to make assumptions to get by in the world we live in. For example, if you know it takes 1/2 hour to drive to a certain place, you can “assume” today will be the same. If you made an appointment with someone at 1pm, you can assume they’ll show up. If you had to second guess all your assumptions you’d be exhausted by 9am!

Think back to a time in the past week or so, when you had a disagreement with someone that left you feeling bad afterwards. Maybe you felt judged, belittled, embarrassed, hurt… Take a moment now to see if you can recall what your thoughts were at that time.

“He thinks I’m stupid”, “She thinks she’s better than me”, “He doesn’t care about me”, “She’s only in it for herself”…etc,etc,etc. Just notice the thoughts.

Now, ask yourself if you can, for certain, know that your thoughts are true.

Usually when our buttons get pushed, we are diving deep into a swarm of thoughts that have little truth and even less relevance to the situation at hand.

But, how can you stop the story once it’s started?

Go back to the situation you recalled. You noticed your thoughts. Now, acknowledge your feelings (hurt, angry, etc). But, ask yourself “What is the most generous assumption I can make right now?”

Assuming “she’s only in it for herself” probably isn’t the most generous assumption you could make. What else “could” be going on?

Can you know for certain “he thinks you’re stupid”? What’s a different assumption you could make.

And yes, you have to practice asking yourself this question until it becomes automatic. Then, when a real conflict occurs, this question will be your first thought rather than your previous knee jerk reactions. But as I always say, have fun practicing it.

When someone blows the stop sign…”what is the most generous assumption I can make right now?” Sure, they may be a self- centered jerk, or, maybe they just didn’t see the sign…

When your client is late…”what is the most generous assumption I can make right now?” Well, they might have no respect for you or your time, or maybe they had an issue with traffic or an unforeseen emergency at home.

When someone cuts ahead of you in line, “What is the most generous assumption I can make right now?” They might be totally unconscious and selfish, but maybe they just didn’t see you.

Then when bigger things happen like your friend or partner or boss snaps at you…”what is the most generous assumption I can make right now?” will be a natural thought before you respond.

Start practicing today and let me know how it goes! And I think everyone should pass this on to someone they know because we could ALL make more generous assumptions about each other, right? 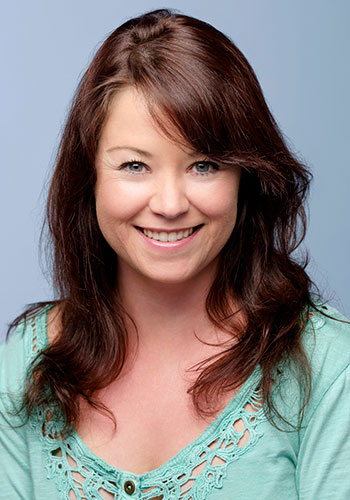